Every year in my home state of Missouri, I typically spend September 15th through the first or second week of November in a tree stand, bowhunting whitetails.

Beginning September 15th to the opening day of firearms season in November, this period is considered the first half of the archery season. The season is paused until the day after firearms season closes, then it continues until January 15th.

Sadly, I found myself anxious enough for the start of the firearms season that I didn't spend much time archery hunting the week before it began. I love bowhunting whitetails; I love shooting my bow before the season, and I love the pre-rut period in mid to late October. Having this much passion for the sport left me wondering why I had lost my desire before the second half of the season began.

For several years I struggled with the loss of desire during the first part of the season. It wasn't until I caught myself saying, I'm ready to have a gun in my hand so it will easier, that I realized my confidence in harvesting a deer with my bow had been holding me back. I was so frustrated when firearms season arrived that I was giving up on my archery shooting abilities for a more straightforward method. I was consequently afraid I would mess the shot up, not make a good hit, or miss the deer entirely that I missed out on opportunities because I had little confidence in myself. 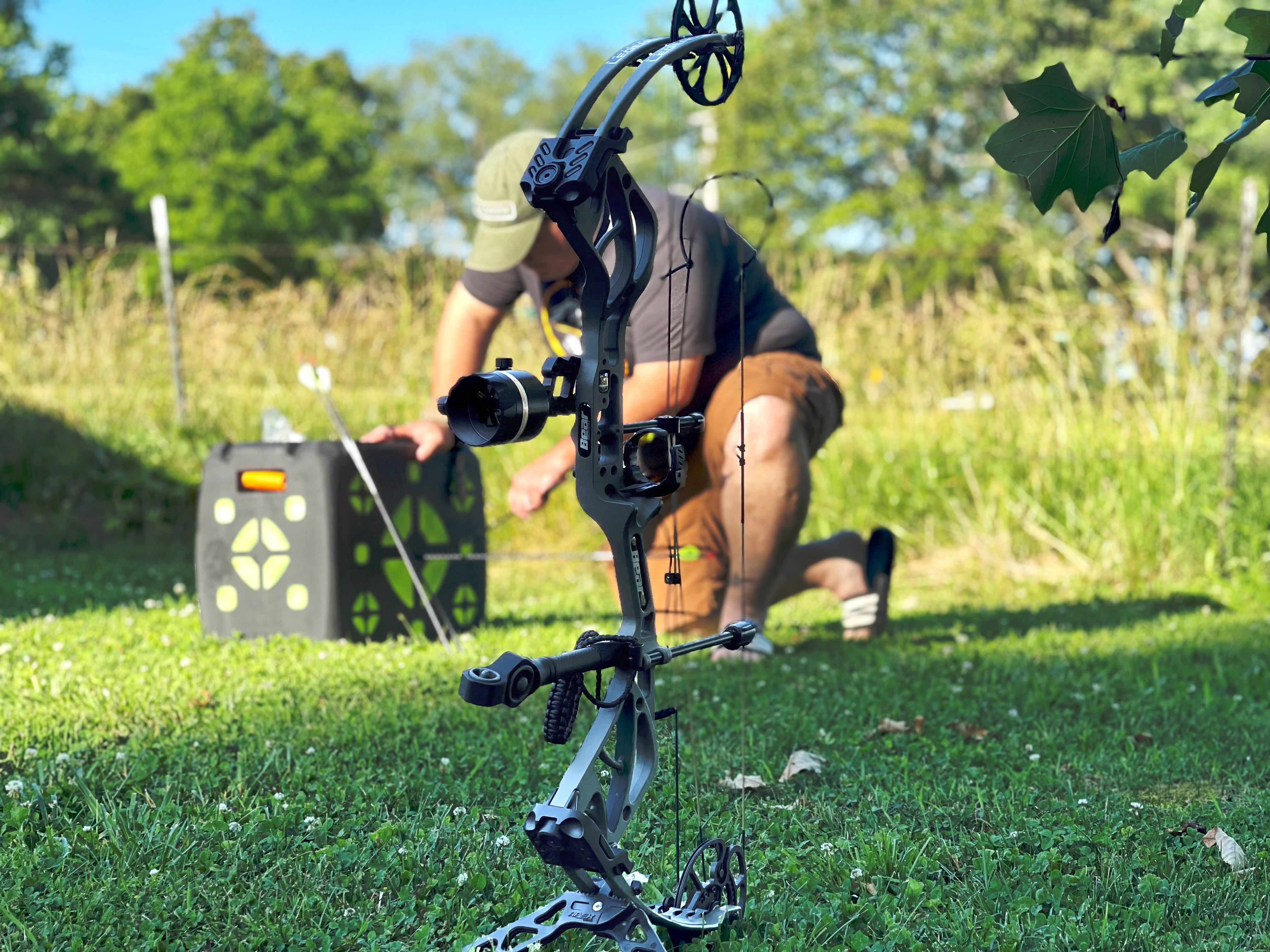 By not having confidence in myself, I was simply not enjoying the sport of bowhunting to its full potential. However, once I set my mind to make myself a better shooter, giving me more pinpoint accuracy, I built my confidence for hunting. When that happened, the success seemed to fall into place.

I recently received a new Bear Archery Whitetail Legend bow to shoot for this coming fall. As always, I began by putting quality accessories on the bow to achieve better success. After a quick stop by my local archery pro shop, I left with the Apex Magnitude Five Pin Sight, a TruGlo Rest, TruGlo Hyper Strike Drop Rest, and a TruGlo Cadence 8" Stabilizer. After assuring that I was equipped with worthy equipment to shoot, the next step was building confidence by having faith in the equipment I am using. That meant shooting my bow and making sure sights were lined correctly and that each pin was sitting where it needed to be. I did this by taking my Vortex Impact range finder ranging 10,20,30, 40, and 50 yards. Then, on my Apex Five Pin sight, I made sure each pin hits each specific yardage.

After my sights were set correctly, it was time to practice shooting, throughout the summer, at all the different yardages. I commonly shoot at least every other day, if not every day. Some days it may be five or six rounds; other times, it may be three or four arrows and done. Whatever it is, I make sure I shoot enough to get familiar with my bow, improve my accuracy, and build my confidence at each specific yardage point. 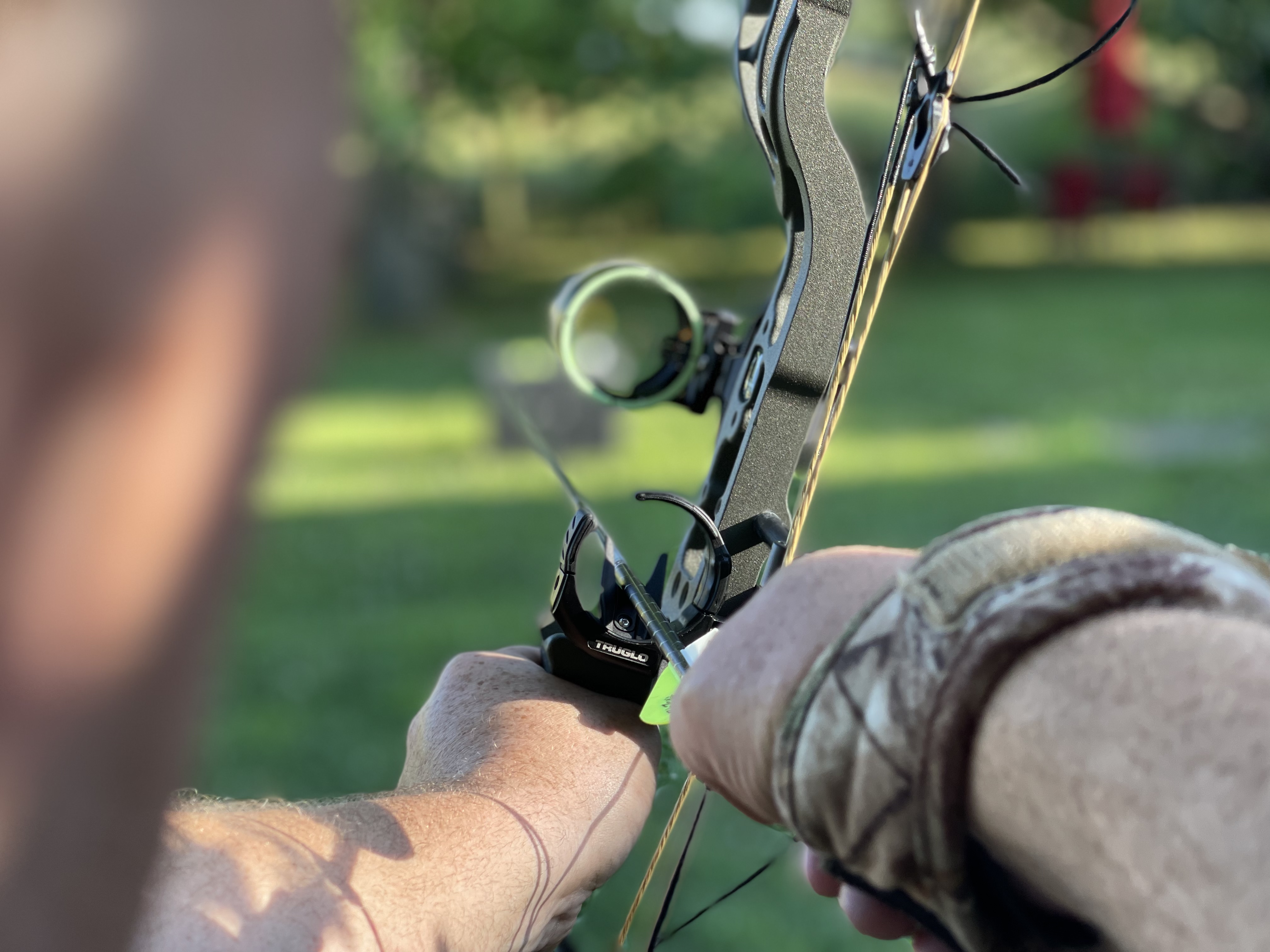 When practicing throughout the summer, it is easy to get bored if you are simply going out and shooting a few arrows at each distance. To avoid boredom and improve your shooting skills, try making yourself a few drills to complete randomly.

I once had a good friend who was a competition shooter share a drill to improve his pinpoint accuracy. He stated that when he would begin shooting each time, he would start by shooting four to five arrows at his farthest comfortable distance and then moving closer and closer until at his closest distance. I have since then adopted this drill and nicknamed it the "on-deck" drill.

The batter box drill name comes from a baseball player awaiting his turn to bat while in the on-deck circle. While in the circle, the batter will take two or three bats and swing them or take a weight and put on the bat, then swing multiple times. Once he steps into the actual batter's box when facing a pitcher, the bat seems much lighter, and swinging at a faster speed is possible.

Even though it is not the exact scenario, the "on-deck" drill reminds me of that situation. When shooting first shots at a longer distance, then proceeding to get closer at thirty, twenty, and ten yards, the bullseye seems much more prominent and allows the shooter to achieve better accuracy; thus, comparing the archery drill with a batter ready to bat.

Another drill when practicing is using small objects such as a golf tee to stick in the target to give a finer aiming point, creating better accuracy. Over the years, I have used small objects such as pencil erasers, thumbtacks, and more recently, an archery target with golf tees to provide a smaller target—using a smaller object as an aiming point helps when practicing to have more pinpoint accuracy. When practicing, one can adjust their Apex sights to a smaller specific target. Like that of the "on-deck circle" regimen, practicing with a smaller target will make hitting larger targets such as the vitals of a whitetail deer an easier task.

When practicing with objects such as golf tees, I also enjoy making a game out of practicing to make it more enjoyable. Whether it is a small competition for myself or when shooting with a few friends, making a game out of it allows for more practice without the sometimes-boring routine of regular shooting. Tic-Tac-Toe or Battleship type games are perfect for this type of routine. 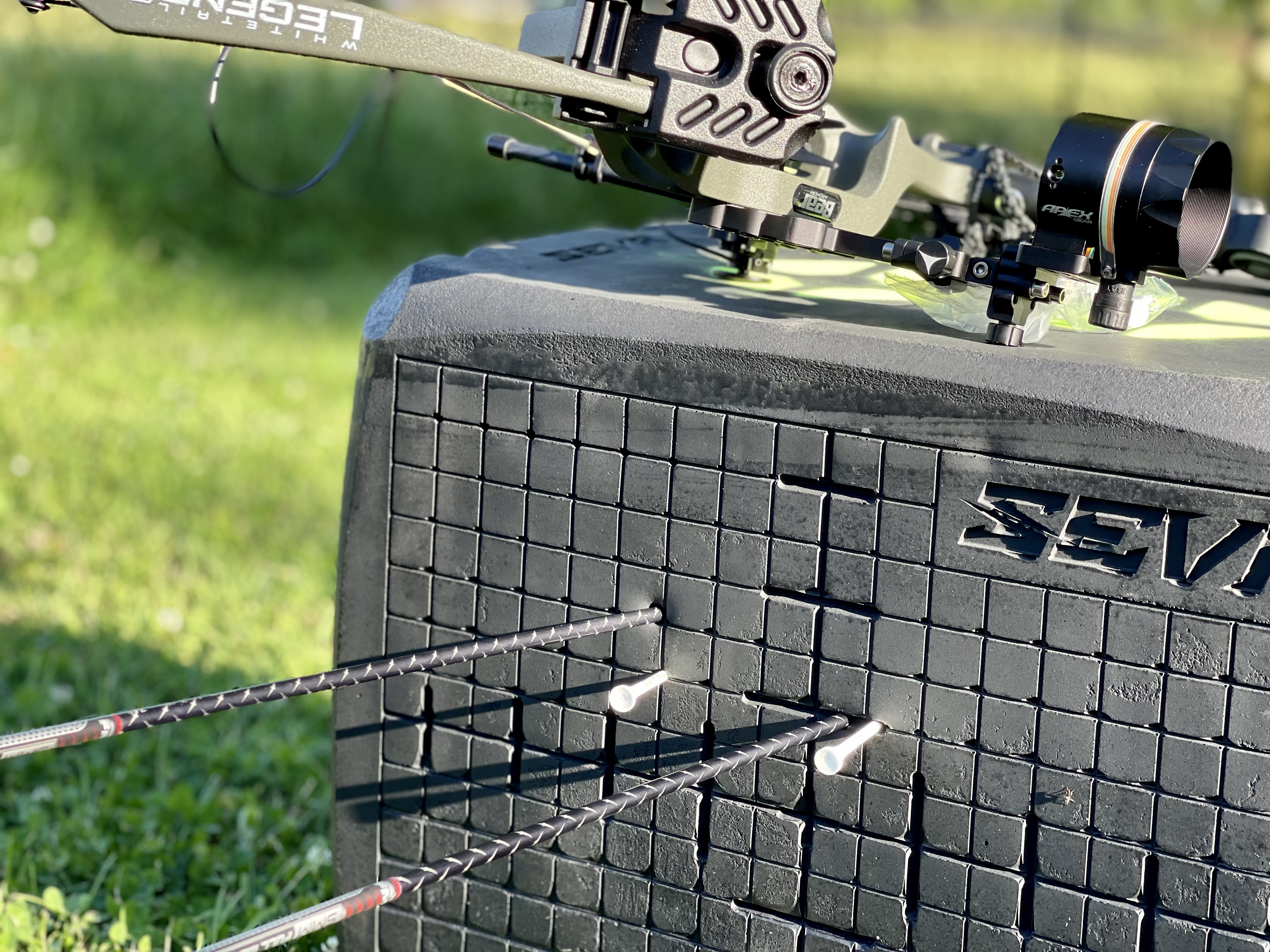 Another reason hunters lose confidence when shooting is that a natural hunting situation is slightly different from when in the backyard shooting at an animal target. When that moment of truth hits and a mature buck is standing at twenty-five yards, it is easy to get nervous and lose confidence. This nervousness could result in missing the shot or missing the aiming point, thus injuring the animal or even psyching yourself out enough to not even attempt the shot.

Ensuring that you're ready when a shot opportunity presents itself while hunting is by practicing hunting situations throughout the summer. Practicing in a tree stand or ground blind during the summer makes you more familiar with shooting in the same manner as hunting.

When practicing from a stand or blind, I like using my life-sized deer target at different yardages and angles to prepare for every situation I could face when a deer approaches my stand.

As when shooting from a stand, practicing from a blind should be done in the same method. Shooting from different angles and different yardages at actual life-sized animals is the best preparation that the shooter can do to be prepared and confident when it is time to hunt. The last confidence builder for the hunter is by educating oneself on the vitals of the animal they are hunting. For example, if hunting whitetail deer, study where the heart, lungs, and liver are located. Next, mark those areas on the deer target and practice by picking out a more specific target, such as the heart. Practice throughout the summer, hitting that spot each time. By the time hunting season arrives and a deer presents with a shot opportunity, the heart will be like that of shooting the golf tee.

Instead of shying away from a more challenging shot with a bow, practice to improve your confidence. Once your confidence has been boosted, archery season will be something to look forward to as much as gun season, if not more.